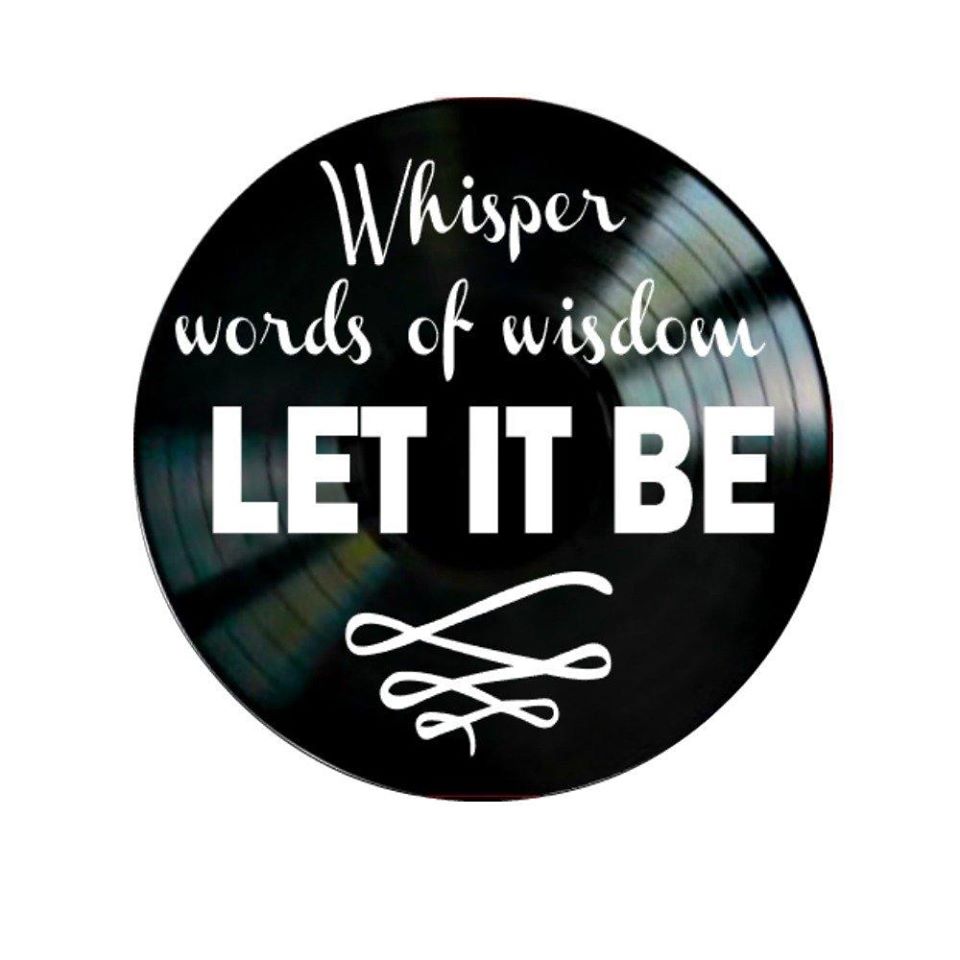 We all know the song, “Let it Be” by the Beatles. But I don’t know how many of you know the story behind the song. Paul McCartney was going through a very difficult time in his life. He was at a crossroads…the Beatles were bickering, he was alone while the others had partners, and he was just plain unhappy. Then one night, somewhere between deep sleep and insomnia, he had the most comforting dream about his mother who died when he was only 14. She had been a nurse and very hardworking. They didn’t have a lot of time together because of this, but she was a very comforting presence in his life. When she died, one of the difficulties he had as the years went by, was that he couldn’t recall her face easily. One night, in a dream, his mother appeared, and there was her face…completely clear, especially her eyes. She said to Paul, very gently, very reassuringly…”Let it Be”. He woke up with a great feeling, and knew that she visited him at this difficult time in his life to give him this message…”Be gentle, don’t fight things, just try and go with the flow and it will all work out”. Right after that, he went to the piano and wrote the song. Not long after that, he met Linda, who was the love of his life. Everyone who is reading this post, please remember these words of wisdom, written by a genius of our time…”when all the broken- hearted people living in the world agree, there will be an answer, LET IT BE”. #susankorwin #mothermarycomestome