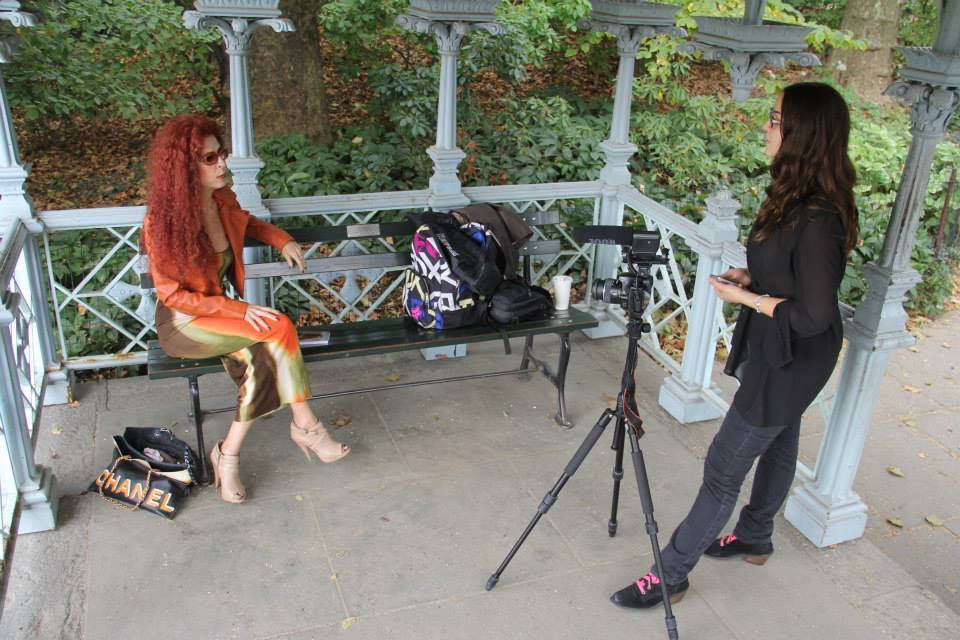 Yesterday I had an appointment to be interviewed by a publication called The Karmic Press. It was decided that, since they are all about “good karma” and positive messages, we would conduct the interview in a beautiful and peaceful surrounding…Central Park. We found the perfect spot, in a gazebo. There were two people sitting there, but they quickly moved to allow us the space. Once the camerastarted rolling, a small crowd gathered outside the gazebo to listen. It was going so well, until…. . all of a sudden a woman stomps up the step into the gazebo loudly shouting demands to someone on her cellphone. Everyone tried to get the message to her that an interview was being conducted, but, instead of saying she was sorry, started yelling at us to move because her friends needed the space. Her behavior was shocking and quickly sucked the positive energy out of the air! Finally, we convinced her that we were almost finished and she stood outside mumbling to herself. Rude behavior is something we can’t avoid. At some point, we are going to encounter a rude person at the store, at the park or even at a social gathering. Rude people live among us, much to our annoyance. While I cannot help you figure out why people can be so rude  I’m sure their reasons vary  I can offer you some advice for handling rude behavior that will help you enjoy your experience and take the negativity down a notch. In our case, we did not engage this woman by feeding into her negativity. We simply went on with what we were doing. One of the best ways to disarm a rude person is to smile and behave politely. Eventually, her friends showed up and they were the complete opposite of her. They were interested in what I had to say, and even asked to see my book. She stood on the side, and if looks could kill…. . I would be dead. Remember this when it comes to obnoxious, rude, power-hungry people: Rudeness is a weak person’s imitation of strength!