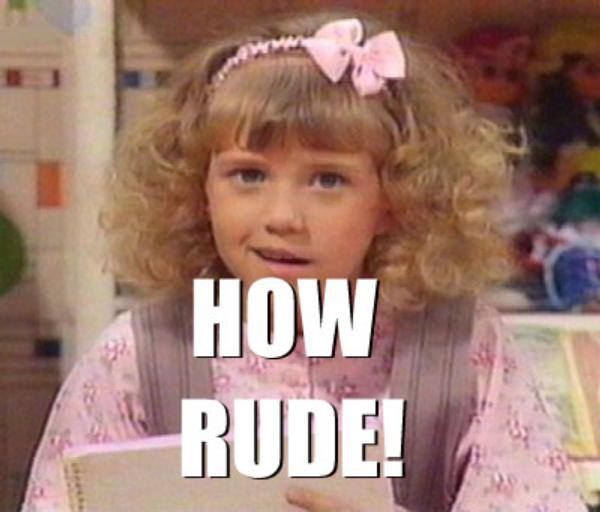 Yesterday I happened to notice a post written by a friend commenting on the state of the economy. It was an innocent post in my opinion, just stating the true fact that we are not in the greatest shape right now economically. She did not mention any political party, nor did she blame anyone. Just stated the fact. Well, I noticed that there were 125 comments under the post and decided to see what it was about. It turned out to be a huge argument between two people who didn’t even know each other on FB, but they really “got into it” verbally, each calling the other one “ignorant” and many other not-so pleasant names. I am the first one to say that a good debate is healthy, and having a difference of opinion is fine, but why the nastiness? After reading that post, I happened upon another post with a picture of a group of women at a party. Some guy wrote, “you are all beautiful except for the one in the middle”. I was stunned. Does he not think that woman will see his comment? Why the rude posts under photos of people we don’t even know? There is NO excuse for rudeness. Rudeness hurts. And as much as you might believe that you’re justified in the moments where you don’t have to show respect for the rights and feelings of other people, you are not! The world will only change once we as individuals change. If you are on the receiving end of rudeness, don’t even respond. When people are rude to you, they are revealing who they are, not who you are. Don’t take it personally…just stay silent. And, if you are the one who is rude to others, don’t judge: You have many flaws too! #rudenesshurts #weakmansimitationofstreng th #liftupdontbringdown