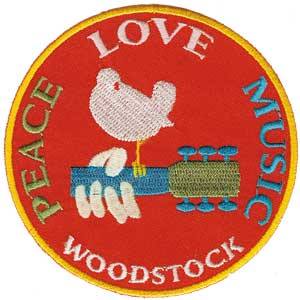 “By the time we got to Woodstock, we were half a million strong,
And everywhere there was song and celebration.
And I dreamed I saw the bombers jet planes riding shotgun in the sky,
turning into butterflies above our nation. We are stardust, we are golden, we are caught in the devil’s bargain, and we got to get ourselves back to the garden”…from the song “Woodstock” written by Joni Mitchell and performed by Crosby, Stills and Nash.

It is the 45th Anniversary of the most famous “love- in” in history…Woodstock. This event gave virtually everyone involved  ticket holders, gate crashers, musicians, doctors, the police  a sense of shared humanity and cooperation. As amazing as it sounds, throughout the whole weekend, people played nice with each other. . Musicians performed for the biggest audience of their lives. Townspeople and the National Guard pitched in to keep people fed and healthy. No one, The New York Times reported, called the cops pigs.  In a crowd this large, one unhinged person with a weapon could have changed everything. But it never happened…. everyone got along, everyone respected each other, and it was all about peace and love. . As John Lennon stated, “If someone thinks that love and peace is a cliche that must have been left behind in the 60’s, that’s their problem. Love and peace are eternal”.

Why can’t we get back to the “garden” instead of living on the “eve of destruction”?